5 Best Programming Languages to Learn in 2020 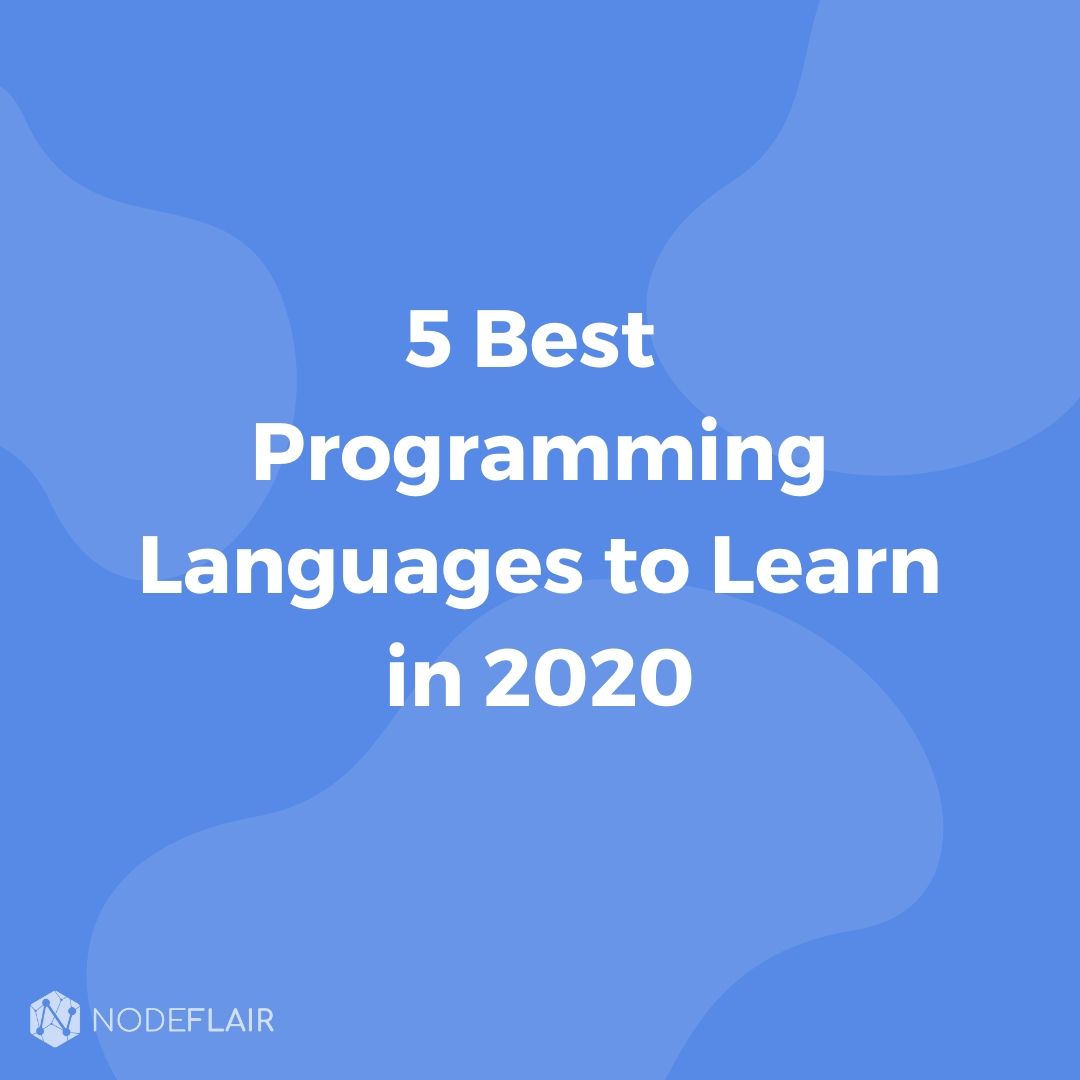 You might find yourself at a crossroads today, perhaps you are a someone who has absolutely no knowledge in programming or maybe you are someone who is looking to learn a new language as a way of personal growth and upskilling, but not sure which to focus your time on.

This is made especially more frustrating given the fact that there are many new programming languages that are up and coming. Each has its own suitability to the level of expertise as well as different use cases ranging from web & mobile application to game development to distributed system.

Well, today might just be your lucky day. Our NodeFlair advocates, who have had face-to-face interaction with more than 800 developers who signed up on our platform, put together the 5 best programming languages to learn in 2020 and also scored it against the job opportunity it brings.

This language undoubtedly tops the list. It is widely accepted as the best programming language to learn first. Python is fast, easy-to-use, and easy-to-deploy programming language that is being widely used to develop scalable web applications. YouTube, Instagram, Pinterest, SurveyMonkey are all built-in Python.

Python has an excellent library support and a large developer community. The programming language provides a great starting point for beginners. This language is most relevant to people who are looking to start somewhere in programming! A lot of startups are using Python as their primary backend stack and so, this opens up a huge opportunity for full-stack Python developers.

Level of Difficulty: Easy to learn. Best language for beginners. 5 out of 5.‍

Java is another popular choice in large organizations and it has remained so for decades. Java is widely used for building enterprise-scale web applications. Java is known to be extremely stable and so, many large enterprises have adopted it.

If you are looking for a development based job at a large organization, Java is the language that you should learn. Java is also widely used in Android App Development. Almost any business today needs an Android Application owing to the fact that there are billions of Android users today. This opens up a huge opportunity for Java developers given the fact that Google has created an excellent Java-based Android development framework - Android Studio.

Level of Difficulty: Easy to moderate to learn. 4 out of 5.

C/C++ is like the bread and butter of programming. Almost all low-level systems such as operating systems, file systems, etc are written in C/C++. If you wish to be a system-level programmer, C/C++ is the language you should learn. C++ is also widely used by competitive programmers owing to the fact that it is extremely fast and stable. C++ also provides something called STL - Standard Template Library.

STL is a pool of ready-to-use libraries for various data structures, arithmetic operations, and algorithms. The library support and speed of the language make it a popular choice in the High-frequency trading community as well.

Level of Difficulty: Easy to moderate to learn. 3 out of 5.

JavaScript is the “frontend” programming language. JavaScript is widely used to design interactive frontend applications. For instance, when you click on a button which opens up a popup, the logic is implemented via JavaScript.

These days, many organizations, particularly startups, are using NodeJS which is a JavaScript-based run-time environment. Node.js lets developers use JavaScript for server-side scripting—running scripts server-side to produce dynamic web page content before the page is sent to the user's web browser. Hence now with JS, you can use a single programming language for server-side and client-side scripts.

If you are looking for that cool tech job at your favorite startup, you should seriously consider learning JavaScript.

Job opportunity: Excellent! 5 out of 5.

Go, also known as Golang, is a programming language built by Google. Go provides excellent support for multithreading and so, it is being used by a lot of companies that rely heavily on distributed systems. Go is widely used in startups in Silicon Valley.

However, it is yet to be adopted by other companies/startups. Those who wish to join a Valley-based startup specializing in core systems should master Golang.

‍Level of Difficulty: Easy to moderate to learn. 3 out of 5.

Learning a new programming language is only the first step in scoring your dream job. Translating these work experiences and your knowledge into something palatable for your recruiter / hiring manager is equally as important. You may want to check out tips on how to write a software engineering CV or how to stand out on LinkedIn as a developer.