10 hilarious TikToks about life as a software engineer 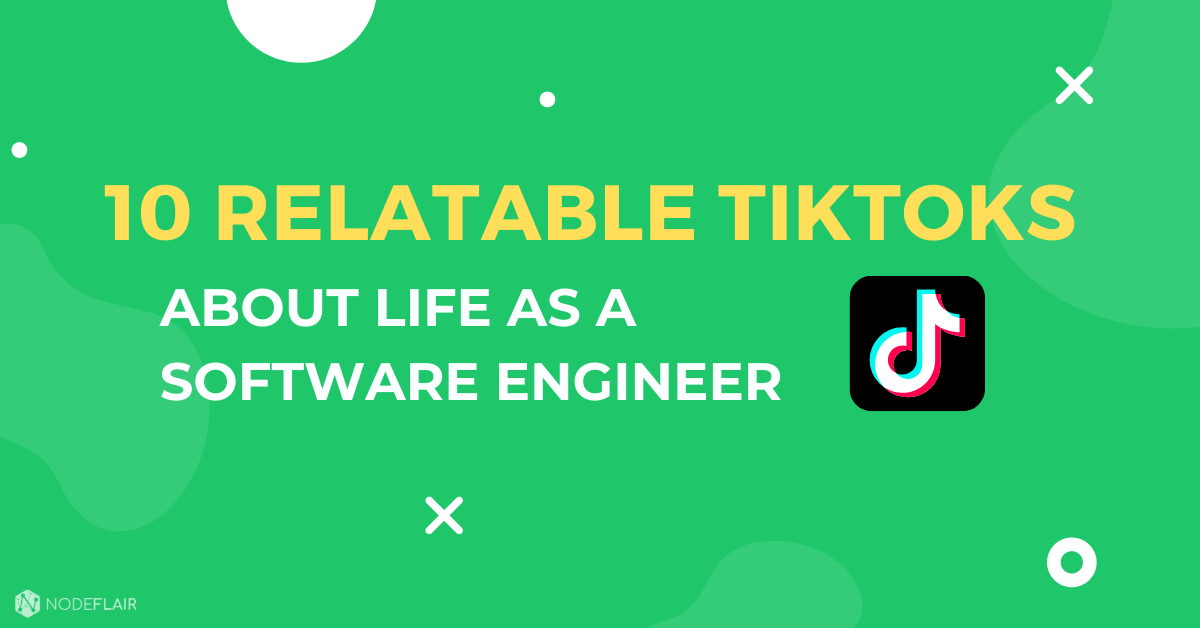 10 hilarious TikToks about life as a software engineer

Have you heard of #softwareengineer TikTok? If it hasn’t popped up on your For You page, you may be missing out on awesome tech content. Creators are increasingly using the space to share career advice, life hacks and tech tips.

It also contains some of the funniest videos about life in tech. Here are some of our favourites. And if you end up in a two-hour TikTok binge, don’t say we didn’t warn you!

One of the most popular TikTokers on this side of the app is Jerri (@misodope). With over 175,000 followers, he makes all too relatable videos about the everyday frustrations of life in tech. From bloated stand-up meetings to the pain of fixing bugs, Jerri perfectly captures the shared angst we face at work.

Here’s one about struggling to get your code to work:

And another about programmers looking at another programmer’s code:

That annoying kid in CS class

TikTok user Benji (@thebenjohns) makes skits about university life as a CS student. His videos have collectively racked up over two million likes. His most popular character is an insufferable know-it-all you’ve probably encountered in school.

Dohyun Kim (@dohyunkim0297) provides career advice for software engineers hoping to break into top tech companies. But he also has a video poking fun at an ancient conflict: the one between the engineering and business side of a startup.

If you’re a fresh grad dealing with a serious bout of imposter syndrome, TikTok user Liz (@liz.kenyon) will remind you that you’re not alone. The developer evangelist at Shopify makes relatable videos about the highs (and lows) as a junior developer in a tech company.

As a junior developer, do senior developers seem like sages who know the answer to every problem you encounter? Anjali (@anjali_tewani_) takes the feeling and dials it to 11 with this skit.

In a video that attracted close to a million views, Christina Trexler (@christinacomputes) accurately captures the frustrations of designing a seemingly perfectly intuitive product...only for it to bomb at user testing.

Did we miss any of your favourite TikToks? Share this article and tell us about them.

Pulse
|
Get Inspired With These 5 Developers’ Work From Home Desk Setups
Get inspired with these aesthetic and productive developer home desk setups as we do a breakdown of the furniture and hardware that best suits your needs.
Pulse
|
This software engineer coded the perfect Mother’s Day gift
Varick Lim created a Telegram chatbot for household chores to lighten the load for his mum, the perfect Mother’s Day gift.
Pulse
|
A Singlish Guide for Non-Singaporean Developers
Are you a software engineer visiting or moving to Singapore? Learn some Singlish used in the developer context to immerse yourself in the Singapore culture!